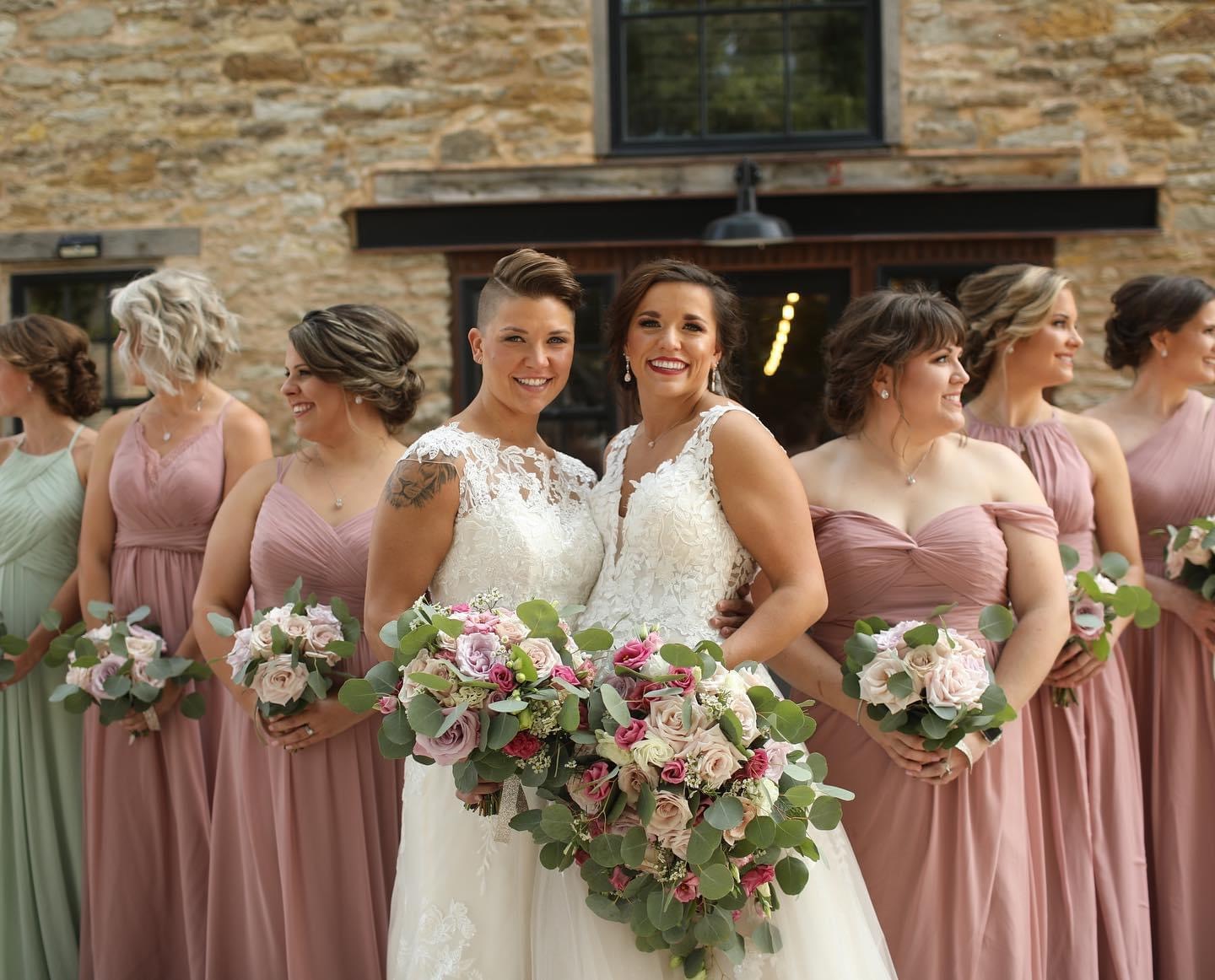 Megan and Shiloh first met through the dating app, Bumble. Megan was the first to start a conversation and the two hit it off right away. They were both out with friends one night but kept a conversation going on the app all evening long. Not long after, Shiloh was swiping on Tinder and found Megan there where they matched a second time! Eventually Megan asked Shiloh for her phone number and her Snapchat and the two started chatting non-stop!

Megan knew that there was something special about Shiloh pretty much immediately and took her on their first date in Iowa City for dinner. Their server had to come back at least 5 times to take their order because they just couldn’t stop talking for long enough to choose what they wanted off of the menu. After 3 hours at dinner, they went back to Megan’s apartment to watch The Office. You can probably guess this, but they ended up chatting the entire time and stayed up until 4:00 am getting to know each other! The second and third date came pretty soon after that and four months after dating long distance, they settled into their perfect townhome in North Liberty together.

The Cutest Engagement Story You’ve Ever Heard… Seriously. The Cutest.

Megan and Shiloh’ engagement… Where do we even begin? Their engagement is really one for the books! They both had it figured out pretty quickly that they wanted to be with each other forever. The next step was to figure out how to pop the question! Shiloh always said that she wanted to be proposed to first, but after meeting Megan, that idea changed. She absolutely had to lock things down – Megan was THE ONE!

Megan had never really dreamt of being proposed to, but always said that if she was, it better be at Wrigley Field! Shiloh knew this but wanted all of their family to be there, so Chicago would have been quite the challenge. Instead, she decided to recreate their date when Megan asked Shiloh to be her girlfriend. It would be a full circle moment!

Shiloh told Megan they were meeting a couple friends for dinner at SingleSpeed Brewing in Waterloo. She had them taking a video of the moment where she popped the question and then all of their friends and family surprised them in a separate room! So sweet, right? Just wait, it gets better.

A couple weeks before Shiloh proposed, Megan designed an engagement ring for Shiloh too! Her mom gave her a piece of advice that Megan should always have the engagement ring on her, just in case the perfect time came up for her to propose. Megan unfortunately didn’t listen to this advice because the day that Shiloh popped the question, she didn’t have the ring for Shiloh with her.

With one look, Megan’s good friends Rachel and Tanya knew what they needed to do and then had a mission to complete. The two of them drove from Waterloo to North Liberty to grab the ring Megan designed for Shiloh and then drove back to Waterloo all in that same evening. As the celebrations were wrapping up, Megan was giving a little thank you speech to everyone that had surprised her that day. After her speech, she turned to Shiloh and told her she couldn’t help falling in love with her, dropped to one knee and proposed to Shiloh too (we’re not crying, you’re crying!!!). Of course she said ‘yes!’ and from there, the two had a wedding to plan!

Nailing Down the Final Details

The couple had pretty much all of their major details figured out when we met with them but needed help ironing out the final details of their big day. The Essentials Package was the perfect fit! Shiloh came to our first meeting super prepared with a binder full of all of the details so far! If you ask us, we clicked with the couple right away and got so excited to work with them! After a few more meetings to get things just right, the wedding day was here! It was a beautiful September day full of laughs, happy tears and tons of singing and dancing! (Plus some late night grilled cheese which was a big hit). We had a blast coordinating their wedding day and are so happy for the new Mrs. and Mrs. Risetter!